For the commercial and technological centre of Shell International Exploration and Production, we developed a total interior concept. The approach anticipates on the identity of Shell, an innovative work space and the building-bound layout of the complex. The concept visualises the ‘global’ and ‘local’ character of Shell, and at the same time the contrast between nature and technology. The global / technological manifests itself in the circulation areas and the local / natural in the different building with each their own work environment.
The design of the elements in the circulation spaces is based on Shell’s installations. The buildings refer to mountain ranges from around the globe by means of colours, photographs and lettering. The realised part shows the approach which will be continued throughout the entire complex. 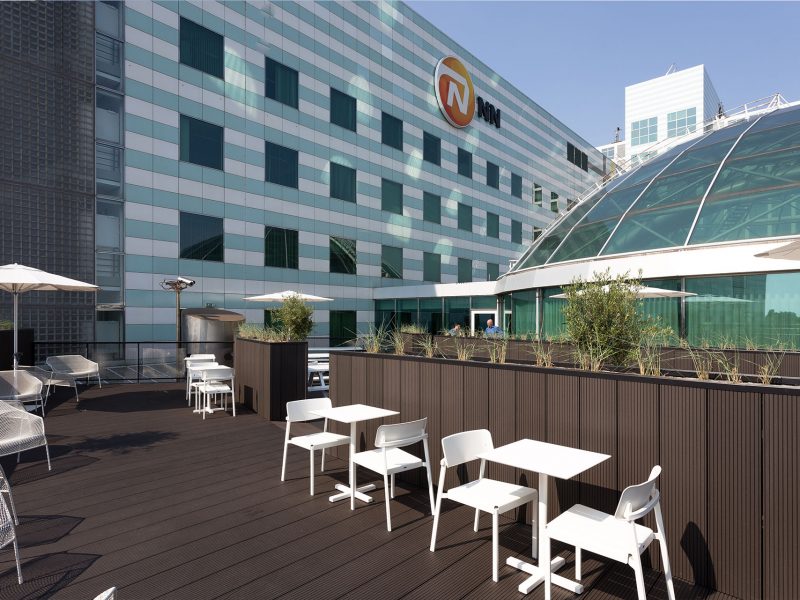 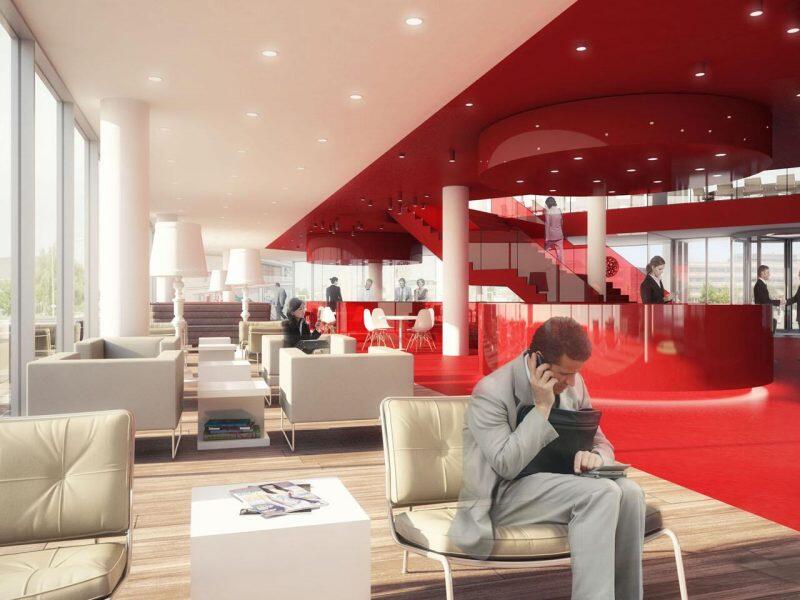